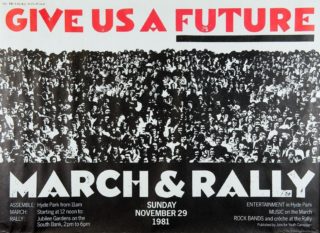 Charly Bacon, former cabin crew, played a leading role in setting up a union for British Airways, growing membership to about 80% of staff.

Tell us about your job at British Airways Charly?

I started working for British Airways in 2012: I always wanted to fly and my oldest sister is crew for Virgin Atlantic, so it’s in the family. I was excited to be flying for the flag carrier. I was part of Mixed Fleet, based at Heathrow, which was created off the back of an ongoing dispute the airline was having with existing crew over terms and conditions.

Most of Mixed Fleet were young – the majority are 35 and under – and unaware of the issues that had been going on. I didn’t read the papers at the time. We were brought in on lower salaries (about £9,000 less) and were contracted to fly both short and long haul – hence us being called Mixed Fleet. There was a lot of animosity between us and the longer serving staff because they saw our acceptance of lower salaries as damaging to their negotiations about terms and conditions

How did the union come about?

When we realised what we had walked into we knew we had to set up our own union. Starting from scratch was difficult: we had to pick on the small things to begin with. For instance, all crew, apart from Mixed Fleet, were given cardigans as part of their uniform. It sounds minimal, but it was another thing separating us from everyone on the old contracts. We told management we wanted cardigans and they agreed to give us them. By tackling the easy wins, our colleagues could see that the union was making progress.

How successful were you?

This encouraged people to join, and membership grew to about 300 in the early days – a third of Mixed Fleet employees at the time. During my time at British Airways, we increased union membership among under 30s to a record high in the London and South East region. The union now has 3,500 members, almost 80% of the total staff.

What are you working on at the moment?

I have moved to Unite now. I don’t know everything about every industry, but I know how to build union membership particularly among younger people. At the moment my focus is on Norwegian Long Haul: the crew have never had a union before, so I’ve been working with them to set one up. We’ve grown membership from 80 to 360 members. I also go into schools to teach 15–17 year olds about unions and make them aware they can have a voice in the workplace.