After six years of cuts to library services, local communities in Gateshead were being severely affected. Libraries were being moved from the care of the council to voluntary services, with some then closing down as volunteers couldn’t sustain them.

In 2015, Deborah Bell and Karen McArthur, with the support of the Gateshead UNISON branch, launched the Save our Libraries campaign to raise awareness among the public, lobby council decision makers and give staff some focus (morale was low at this point as multiple jobs were at risk). 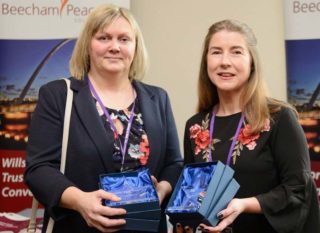 To paint a picture of the impact on local communities, the women collected stories from a range of people who had been affected by the closures – from older people to children to those with disabilities. From poring over books to taking part in reading and singing activities to using the computers, libraries offer something for all generations. And for many of these people, they provide a vital lifeline, somewhere to go and meet others.

These stories were sent to councillors and local MPs to encourage them to think about the decisions they were making. “The case studies resonated with decision makers. You could put a face to what was going on and how it would affect that person,” explains Deborah.

To date, the campaign has protected seven libraries from closure. Aside from the positive effects on the community, the campaign has increased morale among staff and built momentum among the union, with near universal membership. Deborah says: “If you have a positive outlook, people run with it. It was hard getting people on board, but as awareness grew, staff got behind us.”

In 2017, Deborah and Karen won a TUC award for their efforts. But there’s still more work to be done, says Deborah. “We’re just waiting to find out what the next round of cuts will be and what the collateral damage is. The campaign isn’t over. Library services are still at risk and communities are still being affected.”