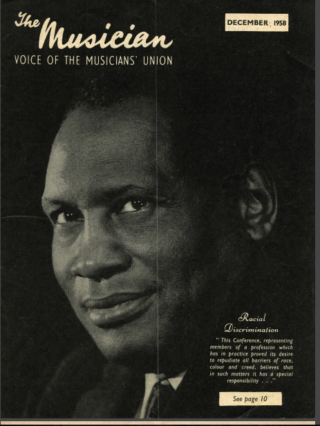 Mohammad Taj became the first Asian president of the TUC in 2013 after being a bus driver in Bradford for 39 years. He was awarded the OBE for his union activities in 2016. Here he recalls what life was like when he arrived in the UK in the 1960s and talks about his motivation for joining the union movement.

The land of milk and honey

“I have been brought up in a very progressive family. My father was very liberal and was a trade unionist himself back in Kashmir.”

“It was a massive change coming to a city like Bradford. We had heard from the older generation that England was a land of milk and honey, nobody told us that in fact you ended up working twelve hour shifts on the buses or in mills. We discovered eventually that it was hard work for anybody who was from a working class background.”

“Back in the 1960’s and ‘70’s we used to have a lot of assaults taking place on buses.Racism and other factors as well, but I would say racism was a major factor in those days.”

“In 1974 we had the National Front march. Black and Asian people were being discriminated against in applying for and getting jobs. Asian workers were having to pay bribes to get a job on the buses. I thought this was morally wrong.”

How did your interest in trade unions begin?

“We felt we needed a collective voice, we needed to be involved. When I saw the trade union movement I saw a vehicle to change those injustices taking place against ordinary workers.”

“I was invited by a conductor to my first union meeting. I went. I didn’t have a clue what was going on but that was the start.”

You were involved in investigating the corruption scandal in Bradford City Transport in the 1970’s, what happened?

“We discovered that there were corrupt, racist practices taking place there and in fact it was being investigated by the Yorkshire Post.In the end, the staff involved in the corruption including the Transport General Workers Union, now part of Unite, branch secretary, went to prison and then people were able to get jobs as they wished and there was no interference.”

And then you decided to stand for election?

“I was asked to be a Unite rep. I didn’t think I would be any good as my English wasn’t good enough to negotiate with employers but they said,“We need people who we can rely on and trust and you’re someone we can trust.” When the elections were held I was elected with the highest number of votes.”