Aneurin ‘Nye’ Bevan overcame a severe childhood stammer to become one of the greatest political speakers of the 20th century. He was a miner as a teenager, a trade unionist as a young man, an MP for more than 30 years and is best remembered as the founder of the NHS.

Nye Bevan was born into a mining family in Tredegar, Monmouthshire in 1897. He left school at 14 to join his father and older brother down the pit. Despite the intensity of the work, he educated himself using his local library whenever he got the chance. In 1925, he held his father in his arms as he lay dying of lung disease, the fate of many miners. It was this early experience of the reality of life in a mining community that made him determined to campaign to raise the quality of life for people in communities like his. “I do not represent the big bosses at the top. I represent the people at the bottom,” he said in 1944.

He was a trade unionist

Nye Bevan joined his local branch of the South Wales Miners’ Federation and by 19, he was the youngest ever head of his local miners’ lodge – and an increasingly well-known and eloquent activist. In 1919 he won a scholarship to study in London, sponsored by the union. After a long spell of unemployment back in Wales in 1926 he became a full-time union official, just before the General Strike. His powerful leadership of the South Wales miners during their six-month strike was a hint of the career to come. 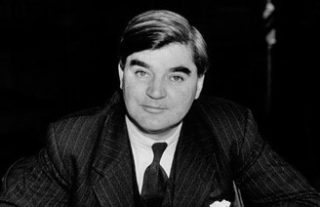 He was a dazzling parliamentary performer

In 1929 Nye Bevan entered Parliament as the Labour MP for Ebbw Vale – he’d won by a landslide. The Daily Herald newspaper reported that he gained “a reputation for exceptional platform ability”, while Winston Churchill claimed that Bevan was “one of the few people I would sit still and listen to”.  Bevan channelled all his energies into championing the poor and he was loudly critical of both the government and his own party. As a result he faced suspension and expulsion – but his star kept rising.

He was the father of the NHS

Following the election of the post-war Labour Government in 1945, Nye Bevan became Minister of Health, and had the job of implementing Labour’s manifesto pledge to create a National Health Service where “the best health services should be available free for all”. He famously said, “No society can legitimately call itself civilised if a sick person is denied medical aid because of lack of means”. But creating a national health service from scratch was a difficult task and he faced opposition from the Tories and the medical professional body the British Medical Association (the BMA). But on 5 July 1948, the National Health Service Act eventually became law and the minister was now in charge of 2688 hospitals in England and Wales. The health service has grown and changed over the years but is widely regarded as one of the nation’s greatest institutions and a source of national pride…

He was – and is – an inspiration

During the 1950s, after Labour lost office, Nye Bevan was regarded as the leader of Labour’s left wing, though in 1956 Labour leader Hugh Gaitskell made him Shadow Foreign Secretary and in 1959 he was elected deputy leader of the party. When Nye Bevan died of cancer in 1960, the British Medical Journal described him as “the most brilliant minister of health this country has ever had”.

In 2015, in a speech that went viral, Welsh actor and activist Michael Sheen paid tribute to Nye’s “cast iron integrity” and “raging passion”.  The NHS, he went on, is “every bit as much a wonder of the world as any architectural marvel, or any natural miracle”.