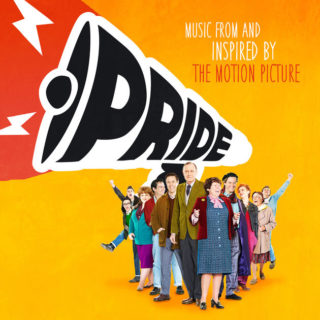 What’s the background to this strike?

On 1 February 1875 male and female weavers walked out of the mills in Batley. A few days later, weavers in the neighbouring town of Dewsbury joined the strike. They were protesting against the actions of the employers’ association, which was trying to impose a 10% pay cut on 25,000 workers in 50 mills. They claimed a drop in trade meant they could not afford to pay the weavers the rate they had been receiving.

How did it come to be led by women?

The men from the Dewsbury mills are reported to have said that the female workers were better able to organise and lead the strike. It was the first time an all-female committee had represented male and female workers. Kate Conran, Ann Ellis and Hannah Wood coordinated the 13-strong all-woman committee.

How did the women go about organising?

They raised a strike fund of £1,200 in just one a month from local workers, unions and businesses. Today that money would be equivalent to £130,000. On 13 February 1875, 9,000 weavers converged in a field near Spinkwell Mills, Dewsbury, to listen to speeches about the campaign. The main speaker was Ann, who is reported as saying that workers, “could not stand a reduction [because] rents, rates or coals and flour were dear, as everyone who kept a house would know … and whilst the masters could live on less profits it was not possible for the workers to live on nothing to eat”. (Huddersfield Examiner, 15 February 1875.)

Did other workers in the mills support the weavers?

Yes. Such was the support for the weavers that the male loom mechanics revealed that the employers often cheated the weavers out of pay by giving out more thread to weave than was officially recorded. This solidarity between women and men workers made it impossible for the owners to divide and rule on gender lines.

Did they have support from further afield?

Again, yes! The committee was offered support from the Women’s Trade Union League. But Ann believed the ordinary working women of Dewsbury and Batley had the numbers and intelligence to run the strike themselves and form a mixed union for Dewsbury and the surrounding areas. Their male colleagues agreed and during the strike resisted calls to join an all-male union.

How long did the strike last?

In the end, the strike lasted two months. When the owners realised they were losing £31 a day in profit (£3,285 today) they asked the strike committee for a resolution and the pay cut was reversed in all but two mills.

What was the legacy?

After the agreement with the mill owners had been reached the women went on to form the Dewsbury and District Heavy Woollen Weavers Association. This was the first union to be permanently established in the heavy woollen section of the textile industry and it eventually became the General Union of Textile Workers. This union ultimately became part of what today is the UK’s largest union, Unite.