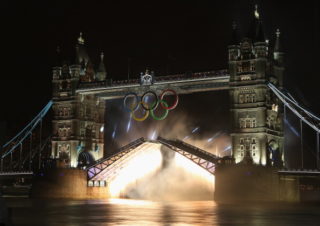 Evelyn Martin came to the UK in the 1960s when she was 16 years old. Soon after starting work for Islington Council in 1973 she joined the GMB as a shop steward. Here, we look back at a life dedicated to serving others ­– as a mother, a care worker, a church-goer and a union activist.

I came here from Jamaica when I was 16. It was tough to begin with. We had the riots and racism was rife. I could write my name, but I knew that to get on here, I’d need to find a proper education. But with three children and no partner, I didn’t have a lot of options.

I started working at Islington Council in 1973

I was a carer; in those days it was known as home help. Some union people came to see us, to explain what the GMB was and recruit shop stewards. My colleagues said, “Go for it girl!”. I thought, “I can’t even read properly – how am I going to do that?” But they pushed me and pushed me so I said, “Alright, I’ll give it a go”.

And that’s where I found my education

I went on the TUC’s Women’s Summer School. I went to that and I must say, they gave me a fantastic education. After that, I was able to become a shop steward for the GMB. And from then on, I just kept going.

I always worked very hard getting members in, because I really believe in unions

Over the years there were a lot of problems to deal with at work, a lot to do with equal rights. I remember the TUC were fighting tooth and nail against racism, and they helped me support black workers. They put me on the Black Workers Group, and the Women’s Committee – which I’m still on today.

Sometime later, I decided I wanted to help people living rough on the streets

I remembered what it was like, being poor in Jamaica, all that time ago. I had to do something about it. I started to go around feeding and clothing the homeless. I would raid the town hall after council parties to collect unused food, and I’d go to Billingsgate market at dawn to buy good, cheap food in bulk. The project got bigger and bigger. Today, it’s run through University College Hospital.

I didn’t know what I’d done! My manager even covered up what she was writing, like I was a busybody. A few weeks later, I came home and there was a letter from Buckingham Palace and I thought, “Oh blimey – what’s this all about?” I thought they’d sent it to the wrong address, but it was for me after all and they were awarding me an MBE for 38 years of care to the elderly.

I advise everyone who can to join a union

I owe my success to the GMB and the TUC. They’ll protect you at work, educate you, teach you about your rights. But more than that, they’ll help you improve yourself. If you dedicate yourself, they’ll help you do some real good in the world.