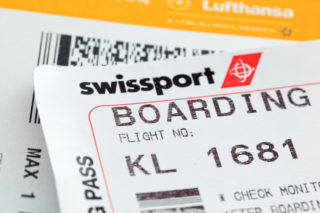 From diminutive shop girl who refused to accept the dismal working conditions of the consumerist Victorian age, to Britain’s first female cabinet minister

Margaret Bondfield is born in Somerset, the 11th of 12 children. Her father, William, is a weaver who supports working women’s rights and encourages his daughters to be independent.

Aged 14, Margaret begins an apprenticeship at a drapery in Hove, learning to make intricate wedding dresses and babies’ clothes. She also attends meetings hosted by the surgeon and feminist Louisa Martindale in Brighton.

Moves to London for work – an eye-opener for the 21-year-old. The new era of late-night shopping, thanks to gas lighting, may be thrilling for the shoppers. But for shop workers like Margaret, the hours are long (often 8am until 10pm or even midnight), wages low, diets poor and conditions in the live-in dormitories often dire. It’s insecure work, too: one mistake can mean instant dismissal.

Working by candlelight in her dormitory, Margaret begins writing about the miserable conditions and heartless employers around her. Her revealing articles are published by the union journal and by the Daily Chronicle newspaper under a pen name, ‘Grace Dare’.

Joins the newly formed National Amalgamated Union of Shop Assistants, Warehousemen and Clerks (the predecessor of today’s Usdaw union). It’s a brave move: those joining up can get fired on the spot, and other union members are mostly men. Margaret soon begins a recruitment drive among shop girls, leaving leaflets behind counters.

By now assistant secretary to the Shop Workers’ Union, Margaret becomes the only female delegate to attend the 1899 TUC annual conference.

Pressure builds on the government to regulate shop work, thanks in part to Margaret’s articles. The 1904 Shop Hours Act aims to reduce working hours by allowing local councils to fix trading times in their area. But in reality, shops are mostly small family businesses whose owners are reluctant to change. The law often goes unenforced.

Leaves her union role and becomes organising secretary of the Women’s Labour League (which she helped found two years earlier), then women’s officer for the National Union of General and Municipal Workers.

Elected to the general council of the Trades Union Congress (and becomes chair in 1923).

Just five years after women win the right to vote and to stand as candidates, Margaret is elected Labour MP for Northampton.

Appointed secretary of state for Labour, making her the first woman to join the cabinet. A brief and troubled posting. She does not join Ramsey McDonald’s national government, and in 1931 she loses her seat and soon leaves national politics behind. Many in the Labour movement believe Margaret betrayed them by considering cuts to unemployment benefit as a minister, but it is undeniable that she paved the way for generations of trade union and political women.

With thanks to research by Professor Pamela Cox.